Actor Chappie could be your key to an early 1st turn victory! Effect: Target character gains any one affiliation until the end of the round.

The play value of an instant flash type of card is difficult to judge. When deciding if a card deserves a spot in a finely tuned 60-card deck, a player needs to decide if the temporary effect that the card creates is more useful than a more permanent effect brought about by a card that stays in play. For some instant flashes such as Breach of Contract, the temporary effect becomes dangerously powerful in that it can stop all sorts of game time actions such as challenges, site seizures, contests, etc. Most other instant flash powers tend to be less obvious, however.

In a player’s first look at Actor Chappie, the card appears to only offer a truly temporary effect. Giving a character an affiliation until only the end of round seems far less powerful than some of the ally action cards such as Poems to Union that allow a player to give an ally an affiliation permanently. But, a good player will always look deeper into a card’s uses and usually discover more subtle but often more powerful uses for a card that could offer a hidden key to victory. In that respect, a close look at Actor Chappie will reveal a number of valuable uses in all facets of gameplay.

If a player finds himself matched against an aggressive opponent, Actor Chappie offers a number of great defensive strategies. Some examples follow:

2) If your opponent is trying to make a new reserve ally “overly sensitive” with cards such as Emotion:Guilt or Emotion:Fear… Use Actor Chappie turn give ally the Oviate affiliation and watch that unwanted “moodiness” drift away to the In Ovo.

3) Once you’ve got your allies already in play ready to run around all over the dominions seizing and contesting, there is nothing more annoying than an unwanted challenge that pivots your ally rendering him useless or maybe even kill him! If the challenger’s prime is less than five, Play Actor Chappie on the ally being targeted by the challenge and name the affiliation of Vassal. Your opponent’s character ends up pivoted with no challenge giving you time to seize a site or retreat to your reserve during your ally phase.

On the other side of the Imajica, a player may feel that they need to take the offensive role. Actor Chappie has plenty of uses when you become the aggressor as well.

4) If you find yourself in the situation that you need that fifth site to win the game, but all you don’t have enough Magic on the board, turn an ally into a Maestro so he can sneak in an seize and hold the fifth site alone until the Reconciliation alone for the game ending surprise.

5) Did you let your opponent sneak a permanent flash into play that is causing you all sorts of trouble? Create a newly ordained Tabula Rasan using your Actor Chappie and take him back to your hand to do away with the troublesome bit of magic.

Finally, in tournament setting, cards begin to show their real value. If a card will take a deck one step closer to the big money of 1st place, a player should use it. Actor Chappie can be a key card in a quick tournament win.

6) If your next Imajica tourney has the early rounds set up such that victor only needs 3-out-of-5 site controlled to win, Actor Chappie could be your key to an early 1st turn victory!

Build your deck to contain a Geiss the Witherer, some Doekis (another common), and a few of the ever valuable Actor Chappies. If you get lucky and draw the following cards in hand, go for the 1st turn win:

During your Autarch Phase, play Geiss the Witherer for your 2nd Dominion site and 1/3 of your victory condition. When your Ally Phase begins ally both your characters, then use both Doekis to move your allies to the Active Area. Play both Actor Chappies to turn both allies into Maestros until the end of the turn and seize two of the sites in the circle using the Maestro’s power. Barring complications from a prepared opponent, when Reconciliation rolls you’ll find yourself advancing to the next round of the tourney!

I hope this look at a valuable common card helps in building that winning deck. 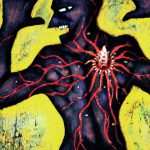